The Party Has Ended In China – Now For The Hangover 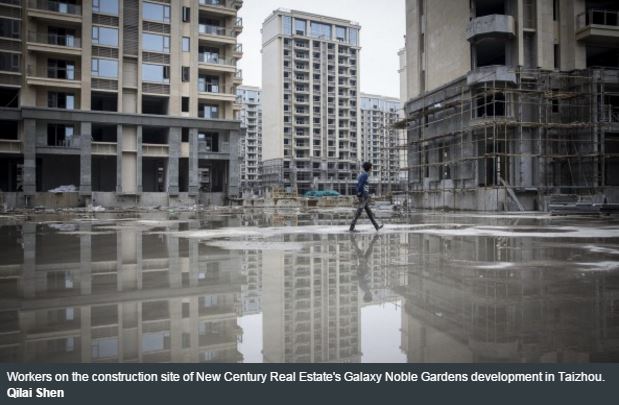 We believe that current volatility in the market is not an over-reaction. Indeed, it is likely to be the defining characteristic of 2016.A rebound in the iron ore price to $US64 a tonne, and rallies in the prices of Australia’s biggest mining stocks have buoyed the hopes of many investors and especially those in BHP Billiton and Rio Tinto.

Sparked in part by Chinese Premier Li Keqiang’s comments that the nation’s “fortune” is inextricably linked to construction, some have chosen to put fears about a worst-case scenario to one side and have been bidding up stocks tied to the Chinese economy.

Following a recent fact-finding mission to China, Koda Capital believes there are certainly some aspects of the economy to be upbeat about, such as the emergence of a non-gambling entertainment segment in Macau, which is shaping up as a success, albeit at much lower margins than the gambling segment.

But in general, investor optimism might prove to be imprudent.

The fact is that excess capacity in the Chinese economy remains widespread, and will be a considerable concern until it is absorbed or otherwise dealt with.

There are a large number of growing pains in this dynamic economy. These stress points will not be easy to address. Reforms will be slow and successful resolutions will be a long time in the making.

If Beijing wants things to turn out differently, it must do things differently. The current expansion model has run its course.

For this reason we believe that current volatility in the market is not an over-reaction. Indeed, it is likely to be the defining characteristic of 2016.

As part of our time in China we visited Shanghai, Tianjin, Chongqing, Shenzhen, Guangzhou, Macau and Hong Kong. One of the first and most important takeaways we gathered was that the consensus on Chinese over-building is wrong.

Commentary around the problem of excess construction in China has sought recently to frame rampant over-building as being limited to smaller cities. While it is true that the problem is worse in smaller cities, it is also evident in the wealthy large cities such as Shenzhen.

We found that ghost cities were multiplying in smaller centres such as Tianjin and Chongqing. The malls are empty and hotel occupancy rates are unsustainably low.

We found a dormant financial district in Yujiapu (the next Manhattan – not) and a 259-room Four Seasons Hotel in Tianjin that was yet to be completed (will it ever be?).

Today, nationwide residential vacancy rates are estimated to be 20 per cent of housing stock. For grade A office space, occupancy outside of the tier-one cities is 40 per cent.

Construction remains in full throttle. This is often based on weak commercial considerations, but is aggressively driven and financed by local governments.

The other great driver of economic growth in China, infrastructure, is no less problematic.

Since 2000, it has accounted for about half of GDP. The pace of Chinese spending on infrastructure projects has exceeded any other country in history.

Infrastructure investment has been a net positive for China. It has lifted economic growth, created jobs and taken millions of people out of poverty.

On the ground, core infrastructure surpassed our expectations and was great, despite the endless stairs at stations. A significant number of huge new projects have been delivered, with most financed to counter the effects of the 2008 global financial crisis.

But the pace of spending has inevitably led to problems – namely efficiency, quality, urban planning and the environment.

In terms of efficiency, the Organisation for Economic Co-operation and Development estimates the incremental gain in GDP from each dollar of investment in China has halved over the past 15 years.

While this is typical for developing economies, the pace of decline for China has been much worse relative to Japan or the Asian tigers during their economic development.

Local research indicates that about $US7 trillion ($9.37 trillion) has been wasted on infrastructure that is unused, unfinished or unsafe. This is 40 per cent of all spending over the past 15 years.

Along with property, this over-spending adds to the capacity and disinflationary headwinds facing the Chinese economy.

Additionally, rushed spending has had negative implications on quality and safety. The most obvious example cited on the trip were bullet trains travelling half their speed because of safety issues.

For under-utilised projects, it will not be feasible to spend large sums in maintenance either. We expect this to worsen and result in projects with much shorter operational lives.

Meanwhile, the great hope for the Chinese economy, namely the transition from a manufacturing hub to a consumer-driven economy, appears no less a mirage.

Certainly, the consensus view is that this transition is happening. We were reminded constantly that services account now for 50 per cent of the Chinese economy.

But observing foot traffic in malls across China, we saw the same issue plaguing the housing and office sectors. Namely, extreme excess capacity and no buyers.

Local research shows it will take more than eight years to absorb current retail floor space. And this is before taking into account the massive amount of new supply entering the market over the next few years.

CBRE estimates that the number of malls in the mainland has exploded 40 per cent in just four years.

In summary, we challenge the view that China is making significant progress in rebalancing its economy away from manufacturing towards services.

Manufacturing remains the key driver of employment and growth. The much-touted services sector is very small if financial services – much of which exists only to provide leverage to infrastructure and construction projects – and the over-supplied property sector are excluded.

We also question the extent that manufacturing can operate independently in a discrete manner. In other words, we question whether services could offer a one-to-one replacement to manufacturing.

Excluding rampant property development, we would not be surprised if true GDP growth was less than 4 per cent. China is hiding its problems, not achieving a miracle.

Economic weakness will be tolerated only to the point that it does not derail social stability, at least while Beijing has control.

We have seen this in recent weeks, as the authorities have announced a spate of easing measures, signalling that growth comes before reform.

We should expect additional stimulus – especially targeted fiscal initiatives – that is designed not so much to restore growth but to stabilise and prevent further deterioration.

Can this trading off of reform to growth endure indefinitely? Who knows.

Over the medium term, though, the key will be the ability of the technocracy in Beijing to remain a united force. Any instability here would be a significant red flag, though we see no signs of it yet.

As the CEO and co-founder of wholesale advice outfit Koda Capital, Paul Heath always had a “well-formed” views about the firm he wanted to create. Independence and client centricity were at the heart of the vision he shared with co-founder Steve Tucker. But while the two concepts are “fantastic marketing terms”, Heath had another use...

Paul Heath, chief executive of independent wealth management firm Koda Capital, admits to “a little bit of eyeball rolling” when NSW Premier Gladys Berejiklian put four local government areas into lockdown on Friday. Koda’s Sydney office is in the same building as a Fitness First gym, which was designated a hotspot a week earlier, so all 45...

*Please note that the majority of research Koda produces and distributes is client-access only. Subscribing to the insights distribution list will only give you access to publicly available Koda reports.