Charities Dipping Into Their Reserves As Covid Hits Income

Wealthy family charitable foundations have been dipping into their cash reserves to fund philanthropic causes as their income has been slashed by the COVID pandemic, providing a challenge to the traditional investment models used by the nation’s not-for-profit sector.

Equity Trustees’ third annual Giving Review to be released this week reveals there were more than 3000 philanthropic grants and bequests worth over $91m overseen by the company in the 2020 financial year.

Equity Trustees chair Carol Schwartz said it was difficult to recall a time when philanthropy had been so necessary to help the country meet its challenges.

“One of the things I have been noticing in a number of PAF (private ancillary foundations) and family groups is they have been willing to dip into their corpus to make the charitable donations that have been needed this year to ensure the organisations they support are not missing out, whereas normally there has been a reluctance to dip into the corpus. It shows a real commitment to philanthropy. They know at some stage in the future they will be able to recapitalise the corpus,’’ she said.

Her comments were backed by David Knowles, head of philanthropy and social capital at boutique wealth management group Koda Capital.

“We have seen private foundations dip into their capital but they have done that for a good reason. We have advised clients to distribute more capital out into the community this year to satisfy an immediate need,’’ he said.

He said that since the pandemic began, Koda had seen a significant increase in larger charities and sophisticated non-profit groups reassessing how they managed their cash and reserves.

He said investment committees were re-evaluating asset allocation, looking for better diversification and challenging historic assumptions about the weighting of their portfolios in cash and cash-equivalents.

The not-for-profit sector, which contributes around 8.5 per cent of GDP and employs 1.3 million people or more than 1 in 10 Australians, is thought to hold over $30bn in cash and deposits.

Koda estimates that the drop in the RBA cash rate has seen Australian charities earn $406m less from cash and term deposits in just the past 18 months.

This drop in returns comes at a time when funding from the government and private sector is also under pressure.

“The way not-for-profits have invested up until now isn’t going to work going forward. Long term, investment in cash and bonds is risky, as is being overweight domestic equities,” Mr Knowles said.

According to Social Ventures Australia and the Centre for Social Impact, charities could face a drop in income of between 10 to 20 per cent in the next 18 months.

Equity Trustees managing director Mick O’Brien said that while 2020 was a tough year for the NFP sector, this meant it had to be flexible and innovative. 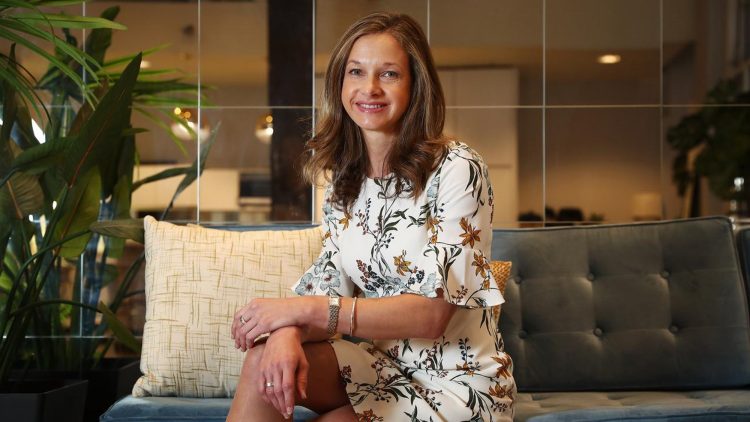 “This year we have sped things up and our partners have done the same.

We are working much more quickly with other partners and charities to assess what the needs are,’’ he said.

He said there had also been a significant shift towards social and impact investing by philanthropic foundations to ensure their investment strategies were aligned with their own organisational values as well as community expectations.

This had been driven notably by the millennial generation.

“As those investments progress, you want them to stand on their own and produce income and protect the capital. You will find the Australian philanthropic scene is going to really innovate in coming years,’’ he said.

“I am seeing examples of these investments standing on their merits. Especially in areas of clean energy, climate and the environment.”

Carol Schwartz said her Trawalla Family Foundation had made a number of impact investments in social impact enterprises, including in one focused on the Murray Darling irrigation system.

Schools Plus, a national charity that directs philanthropic support to help children facing disadvantage succeed at school, has witnessed a significant lift in support this year, raising nearly $10m, up from $7m last financial year.

“It is critical we ensure support continues into 2021. Many schools in Victoria and NSW are still in desperate need of support to recover from the impact of the bushfires, let alone the disruption and added anxiety from COVID,” said Schools Plus CEO, Rosemary Conn.

“Creativity and innovation in the impact funding space is critical and Schools Plus are keen to participate in that conversation, it is more important than ever.’’

Another impact of COVID-19 has been a drop in the number of in-person cash donations being made, predominantly due to general hygiene concerns around the use of physical currency and restrictions on fundraising events.

In response, many corporates have had to innovate in order to maintain a steady flow of donations.

“This year we processed nearly $5m in contactless payments through our charity solution Donation Point Tap on behalf of 1700 Australian organisations, a rise of 22 per cent on 2019,” said Quest CEO Jan Mason.

“While COVID-19 has certainly made it harder for everyday Australians to donate, charities have embraced technology and the numbers show there is still a strong willingness from communities to give to those less fortunate, whether it be as a result of the bush fire season or COVID-19.”

Today the Australian Financial Review, in partnership with leading Australian innovation consultancy Inventium, published the best places to work across Australia and New Zealand. The assessment behind the rankings was made up of an employee survey and a written submission, with questions relating to policies, practices and programs that exist within each nominated organisation to...

*Please note that the majority of research Koda produces and distributes is client-access only. Subscribing to the insights distribution list will only give you access to publicly available Koda reports.